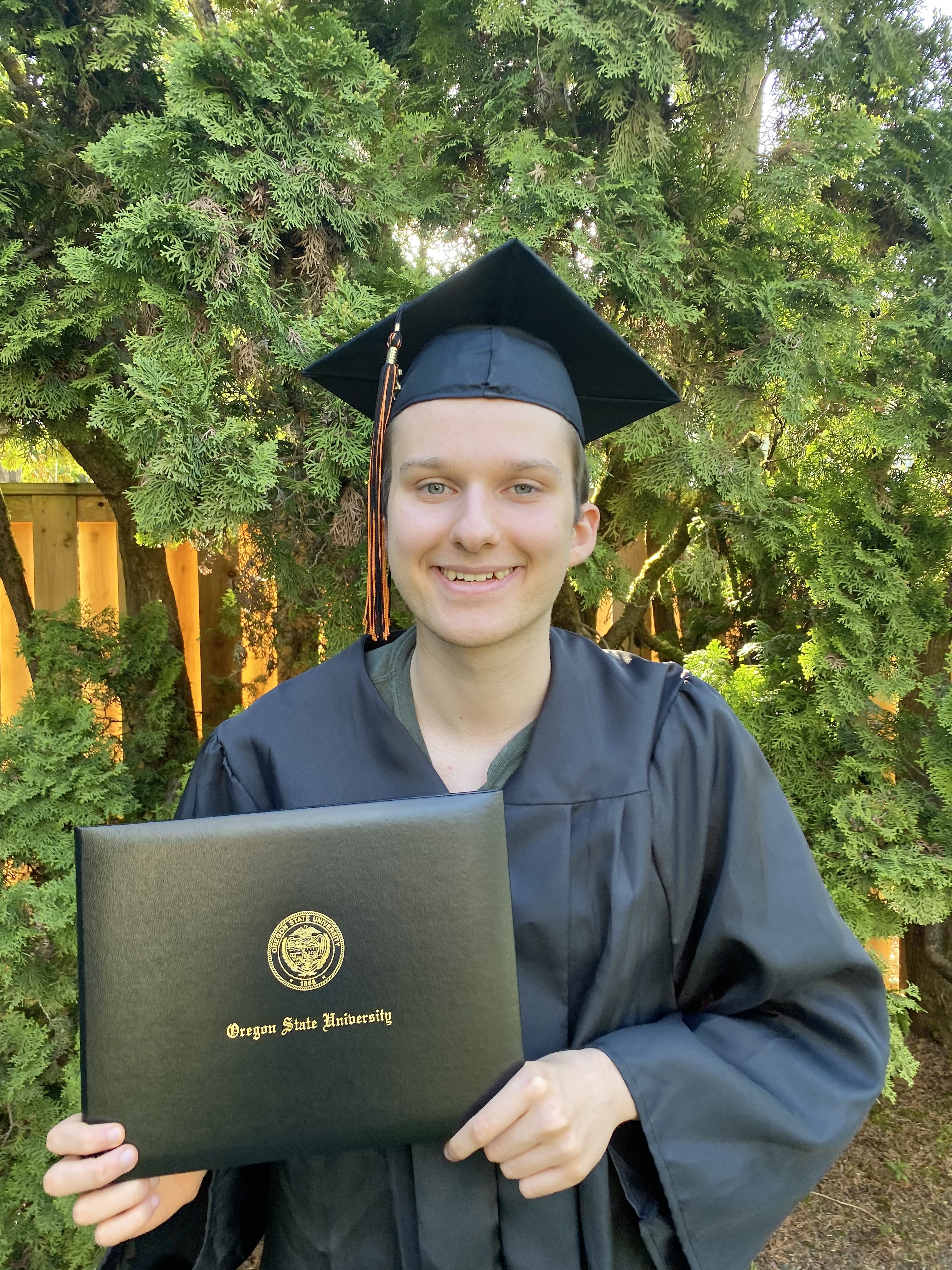 This interview was conducted pre-pandemic.

At the time of our interview Dolby Toews was a sophomore math major. His interest in math and economics was evident in that he was close to having an economics minor after just a year at OSU. He felt that his economics classes have prepared him well for the real world. “They’re more practical,” he said, and they’ve taught him how different people approach different economic problems.  Dolby came into contact with DAS through their Terriere scholarships and for accommodations. Dolby experiences unilateral hearing loss and was happy to apply for a scholarship that was specific to unilateral hearing loss, versus bilateral hearing loss. He’s seen differences between his time in high school and at Oregon State, specifically in his ability to choose seating that best accommodates his hearing loss, versus being assigned a seat that might not take it into account. Dolby’s time in the classroom led to him pursuing various interests here at Oregon State. He was considering doing a second major, but was unsure of which direction he wanted to go in, barring the practicality of the subject. He has since majored in mathematics with minors in statistics, actuarial science, and economics. His interests at Oregon State have been diverse and he noted one of the classes that had made an impact was an African American Studies class with Dr. Robert Thompson. His other interests on campus range from the Math Club, in which he was an Officer for the 2020-2021 academic year, to being a member of Students for Bernie (now a Young Democratic Socialists of America chapter). Dolby will graduate at the end of the Spring 2021 term.